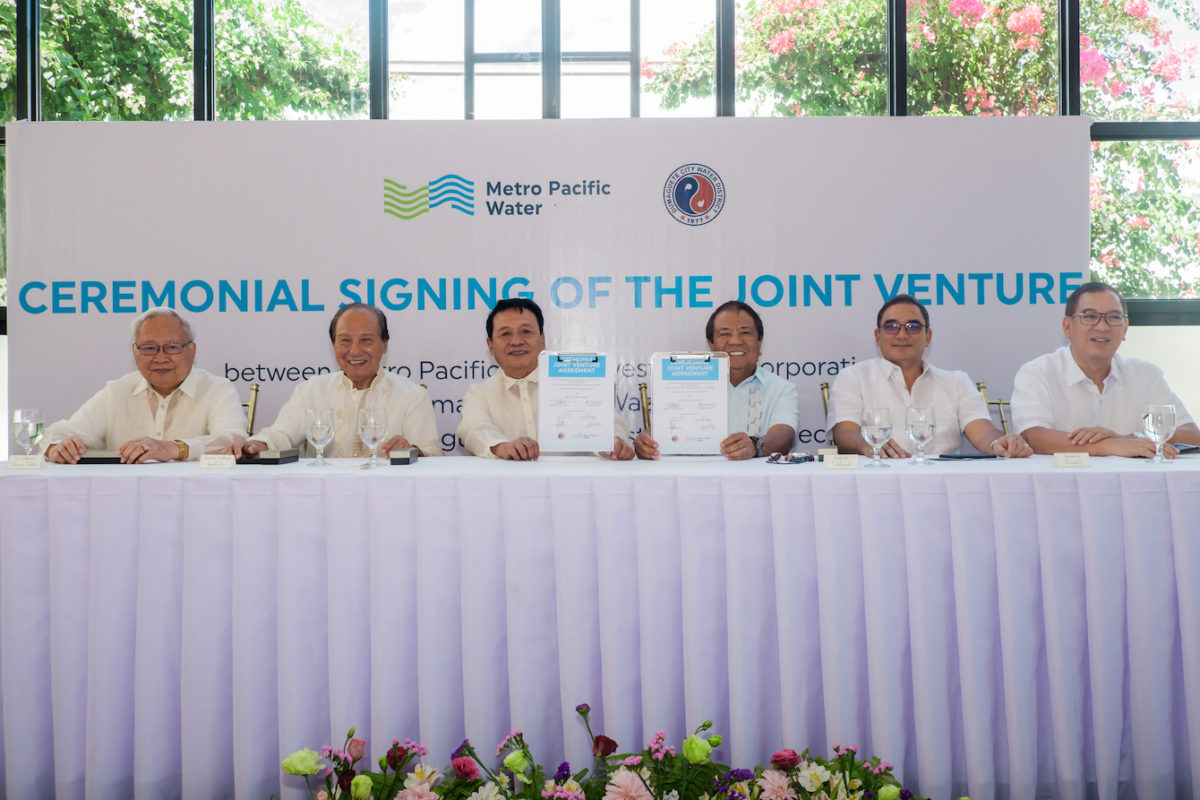 Officially signed last September 3, the Joint Venture Agreement paves the way for the incorporation of Metro Pacific Dumaguete Water Services, Inc. (MDW), a joint venture company, that carry out the rehabilitation, upgrading, and expansion of DCWD’s existing water sources and distribution network in order to provide 24/7 water service to the people of Dumaguete.

For MPW, this partnership is part of its mission to uplift lives by providing safe water for communities who need it the most. “Our new joint venture company is set to implement projects that will not only bring more comfort to the over 130,000 residents of Dumaguete, but also help to promote economic development in the area.” said Mr. Fernandez, Director of MPW and Maynilad President.

DCWD serves the 30 barangays of Dumaguete City and some portions of neighboring municipalities of Bacong, Sibulan, and Valencia. In 2018, Dumaguete City’s estimated population is 131,377, with 32,776 households. With the current production capacity of 33 MLD, the water district is able to service 95% of the total households but customers have yet to experience 24/7 access. By 2050, however, the total water demand is expected to increase by 43 MLD due to economic growth in the area.

Under the Joint Venture Agreement, MDW is committing to invest a total of PHP2.3 billion to increase the water district’s production capacity to 57 MLD, automate the billing and collection systems, establish a septage management program, and reduce non-revenue water.

Dumaguete’s tourism and commercial sectors are upbeat as the plan to develop an international seaport, airport, and ecozone in Bacong, Negros Oriental is now making headway. The local business community is also poised to position Dumaguete as a study and tourism hub, leveraging on the large population of foreign students enrolled in the city’s universities.

“Even as we begin to work and face the upcoming challenges, we thank all of our partners, the local government, and the regulatory agencies who put their trust in our combined ability to make this joint venture happen,” ended Mr. Fernandez.

MDW is expected to commence operations in January 2020.