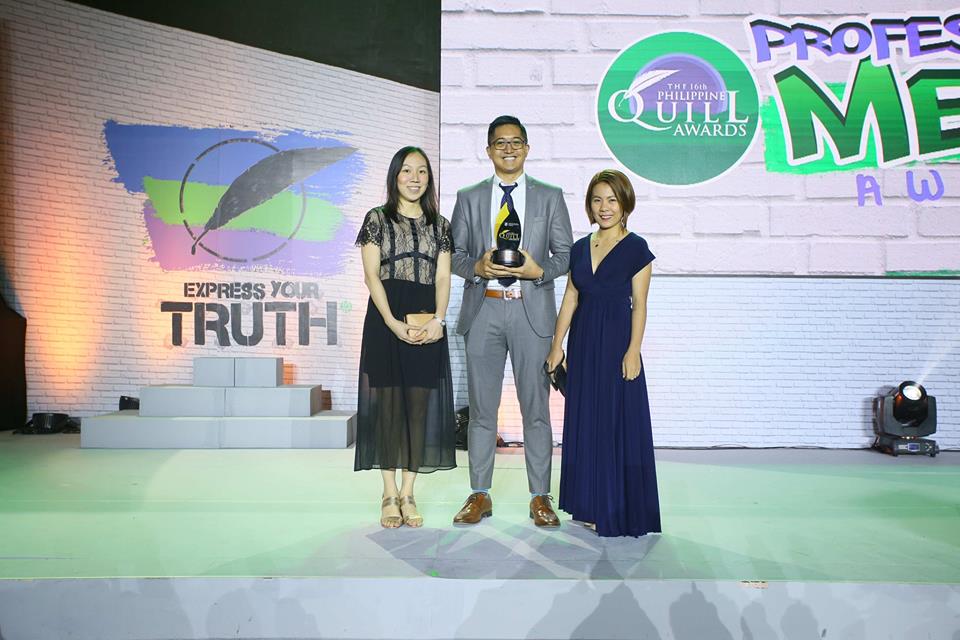 The Quill Awards are given annually by the International Association of Business Communicators (IABC) Philippines to recognize achievements in business communication practices. It is one of the prestigious awards in the communications and public relations industry.

Guided by the new brand message “Helping water flow to homes, through hands”, the new waves and hands logo represents Metro Pacific Water’s core identity as not just another company that invests in water infrastructure but also as one that builds lasting partnerships with communities to improve water access.

The Quill Award is the latest recognition that branding is more than just aesthetics, but a deeper understanding of the company’s identity. This year, Metro Pacific Water also received a Silver Anvil Award from the Public Relations Society of the Philippines (PRSP) and a Silver Stevie Award at the Asia-Pacific Stevie Awards last April in Hong Kong for its rebranding efforts.

Since embarking as the water investment team of MPIC in June 2014, Metro Pacific Water now has presence in Metro Iloilo, Laguna, and Cagayan de Oro, Vietnam, and in an investment in the country’s leading wastewater technology company – EcoSystem Technologies. Metro Pacific Water continues to expand to bring more water to communities in the Philippines and key cities across Asia.