Joint Ventures in the Philippines: How Metro Pacific Water Sets Up Formative Partnerships with Water Districts 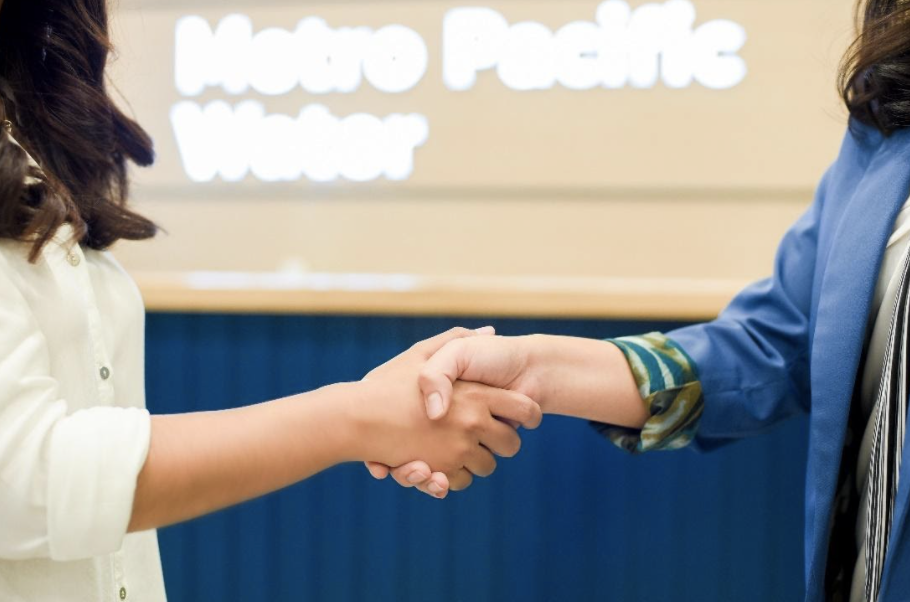 Joint ventures between the government and a private company

Within the context of a partnership between the government and a private company, a joint venture is defined by the 2013 National Economic Development Authority (NEDA) Revised Joint Venture Guidelines as “an arrangement whereby a private sector entity or a group of private sector entities on one hand, and a Government Entity or a group of Government Entities on the other hand, contribute money/capital, services, assets (including equipment, land, intellectual property or anything of value), or a combination of any or all of the foregoing to undertake an investment activity.”

The PPP Handbook of the Asia Development Bank states that through joint ventures ” infrastructure is co-owned and operated by the public sector and private operators. Under a joint venture, the public and private sector partners can either form a new company or assume joint ownership of an existing company through a sale of shares to one or several private investors.”

Under this arrangement, the government and a private company pool their interests toward the performance of an investment activity, with both parties having the right to direct and govern the policies in connection with the investment activity. Both parties also share in any profits, risks, and losses that arise out of this arrangement. Joint ventures between the government and a private company are targeted towards financing, designing, implementing and operating infrastructure facilities and services that were traditionally provided by the public sector.

Joint ventures between the government and a private company can either be contractual or incorporated. The latter means that the partners will form a registered stock corporation to carry out the obligations of the joint venture. The 2013 NEDA Revised Joint Venture Guidelines recommends conducting incorporated joint ventures over contractual ones, unless a contractual setup is deemed more viable for the project.

In the water sector, the partnership between MPIW and MIWD is an example of a joint venture between the government and a private company. 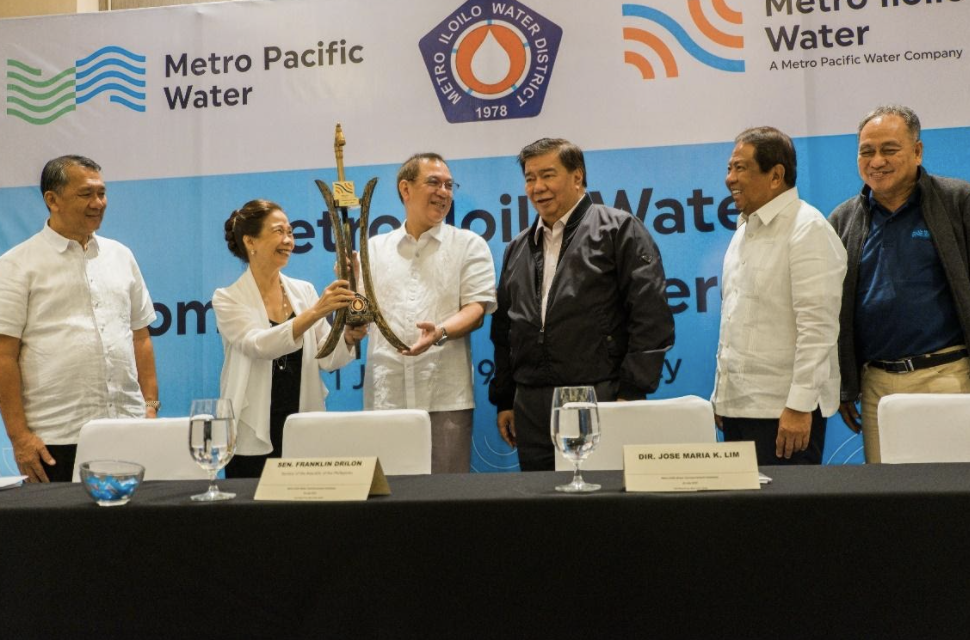 For this article, we will focus on incorporated joint ventures as our portfolio is comprised of this type of joint venture. Based on our experience, these are their advantages:

Joint ventures are, in essence, a partnership. In the case of incorporated joint ventures, both the government entity and private firm get an appropriate stake in the joint venture company and share in any of its profits, risks, and losses. This determines the level of risk and responsibility required of both in a joint venture company’s operations, and at the same time promotes more participation in the transaction beyond a buyer-to-seller relationship.

While existing infrastructure and other capital-intensive resources required can still be leveraged through a joint venture, we have found through our projects that the experience of both partners, in their respective fields, tends to be overlooked, and possibly even underappreciated, as a resource.

Most joint ventures in the Philippines are situated in different provinces across the nation. The private companies capable of investing in these types of projects typically hold office in Metro Manila. Aside from the physical challenges of differing locations, nuances in culture, and dialect in many other cases, will also not be as well accounted for. Understanding and connecting with the local communities would take years of exposure and extra work for the Manila-based investor to catch up on.

When Iloilo first became a prospect area in 2014, it was clear that a comprehensive approach to stakeholder management would be needed. At the time, the water district was serving a population of about 835,000 spanning the city of Iloilo and seven nearby municipalities. An investor coming from Metro Manila to set up two large infrastructure projects in the region would not have been well received had there not been a local partner to help gain the trust of these stakeholders.

A good joint venture, in this context, should be able to tap into the experience of the government employees and empower them. Many of these employees carry decades of experience in providing their service. They have a more nuanced understanding of how to address the communities they serve. Hence, it is important for a joint venture to enable these employees by honing their skills further. 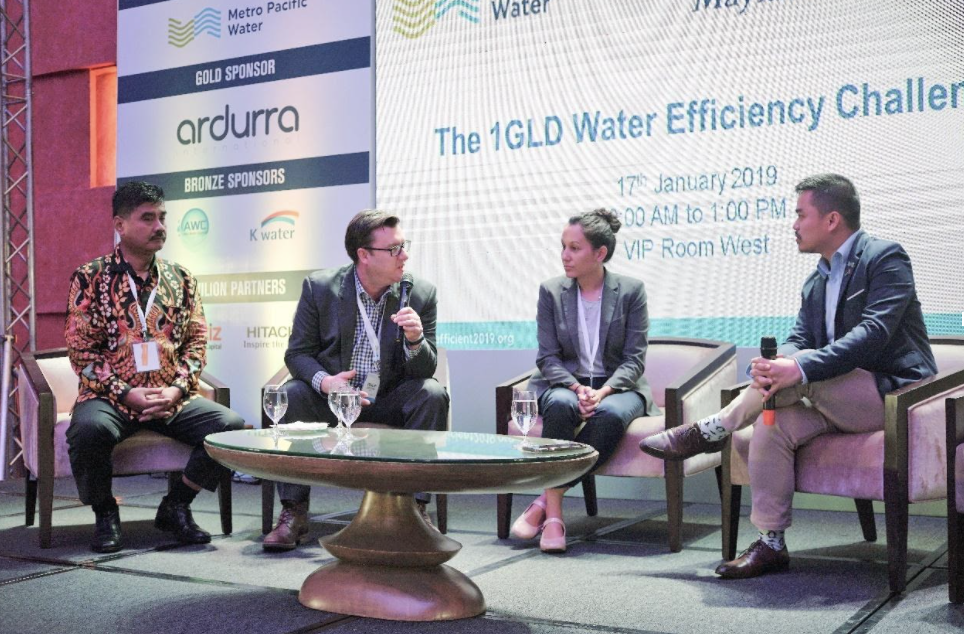 The average duration of a joint venture is 25 years. Other joint ventures are also given the possibility of extending their duration to up to 50 years. Dealing with capital-intensive infrastructure projects requires rigorous long-term planning and study as these projects are intended to last even beyond the duration of the joint venture.

Risks are better allocated between the parties in terms of realizing project development goals while still being financially sound. This setup works for the government entity’s benefit as they can pursue/develop projects that would otherwise not be feasible for them. This also removes some risk on the side of the private company yet still allows for a reasonable rate of return on investment.

Studies we’ve conducted in 2019 show that approximately only fifteen percent (15%) of operational water districts have entered into a joint venture with a private partner. Our experience on the field has shown caution and skepticism to be the common sentiments local operators display in proceeding with this type of business.

Thus far, private firms doing joint ventures with water districts in the Philippines have received mixed results in terms of success. And considering that the standard length of a joint venture contract is 25 years, local operators and officials want to make sure they are working with the right partner.

Employees transferring from the water district to MPIW initially showed reluctance. An early survey showed only around sixty percent (60%) of the water district’s employees were willing to transfer to the joint venture company. Throughout the transition of operations, however, we conducted town-hall meetings to orient the employees on the company and further understand their needs and concerns. By the time of the launch, applications increased by seventeen percent (17%) from the initial survey, and a majority of water district employees had transferred to MPIW.

Most local water districts tend to be the sole water service provider across their respective service areas in the Philippines. During the transition of our operations to MPIW, many customers raised sentiments of uncertainty as they were only acquainted with the service they’ve been receiving from the water district since 1978.

A different take on joint ventures

We began the first day of MPIW’s operations with a launch to not only commemorate the beginning of a 25-year concession, but to also create a distinct brand for Metro Pacific Iloilo Water. The 148 employees that transferred to the joint venture Company sported the MPIW shirts, IDs, and other branded items during the launch. Nationwide press coverage and media releases were also published to introduce MPIW to the public.

Along with the Metro Iloilo Water District, we wanted to communicate a positive sentiment in conducting joint ventures. As a product of continuous partnership, we could show the boost in employee morale and communicate that working for the joint venture company would be a rewarding experience. At the same time, in establishing the identity of MPIW, we would assure to the public our commitment towards exceeding their expectations by consistently providing the top-notch water service necessary to grow the community.

These positive sentiments, as well as the appetite for conducting joint ventures, have also been echoed by officials from the national government, such as Sen. Franklin M. Drilon, in a keynote speech. We were also able to reach an industry milestone with our launch as it received a bronze award from the international Stevie Awards.

To say that any or all joint ventures are worthwhile investments is an overstatement. At its core, these are long-term investments and partnerships. To reiterate, entering a joint venture requires rigorous study before a contract can even be signed.

Many factors need to be taken into consideration as these projects are capital intensive and prone to risks. Proactive leadership is also necessary in order to manage the expectations of a wide range of stakeholders and an ever-changing political climate. An inability to fulfill the obligations to every stakeholder group can damage the reputation of both the private company and the government entity.

Nevertheless, joint ventures can be a worthwhile investment. The Metro Pacific group is an example of this as many of its companies have developed a bulk of their respective portfolios through joint ventures with local government entities.

To date, we have set up 5 joint venture partnerships with different water districts across the nation. Through these projects we have upgraded existing water infrastructure, constructed new facilities to expand coverage and provide 24/7 potable water supply, while also maintaining a positive work environment to further develop the talents of former water district employees. This is the joint venture experience that we constantly seek to achieve and communicate.

All information featured in this article was written by our PR and Corporate Communications team, in collaboration with the business development and legal department with almost a decade of experience in conducting joint ventures.