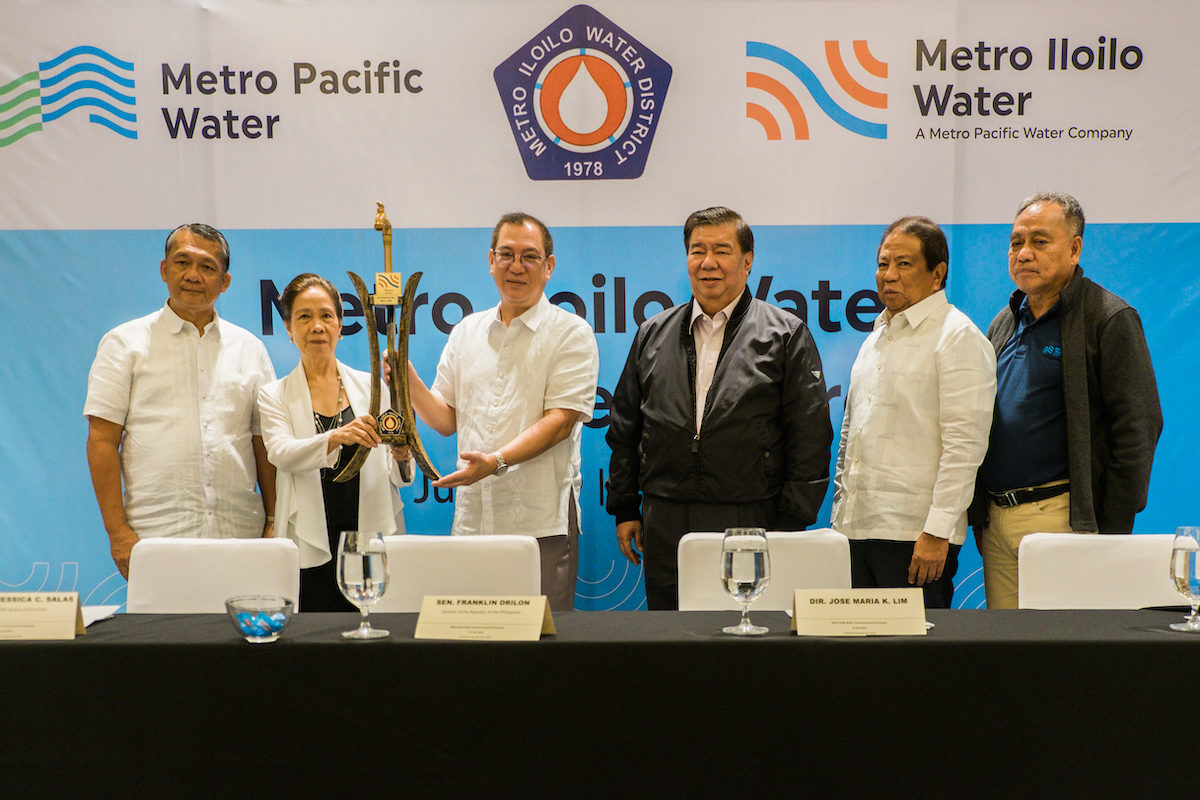 Metro Pacific Iloilo Water is the joint venture of MPW and MIWD for the operation, rehabilitation, and maintenance of water distribution and wastewater management facilities of MIWD in the City of Iloilo and the municipalities of Pavia, Oton, Maasin, Cabatuan, Sta. Barbara, Leganes, and San Miguel.

This joint venture aims to ensure water availability in the service areas, improve the level of service efficiency, and reduce non-revenue water from 50% to 35% over the 25-year concession period.

In the next 18 months, consumers can expect improvements in water supply services as MIW implements efficiency measures and customer experience solutions.

One of the immediate priorities of MPIW is to expand MIWD’s current service coverage, so that residents who are not yet connected to the water district can now get access to safe and potable water. Aside from this, MIW commits to investing in new facilities such as more pipelines to serve more people in Metro Iloilo. Project cost over the 25-year concession is estimated at P12.35 billion.

As part of its commitment to Ilonggos, Metro Pacific Water, through the new joint venture company Metro Pacific Iloilo Water, strives to continuously support local governments in addressing the increasing water demand in Metro Iloilo – a key area of growth and industry in Western Visayas.