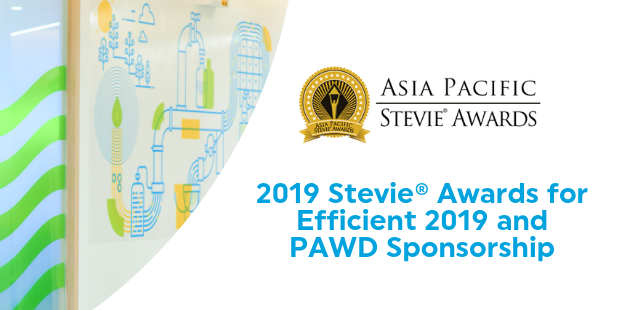 Metro Pacific Water won a Silver Stevie® in the Non-Profit Events category for co-hosting the International Water Association’s EFFICIENT 2019 Conference in January, together with Maynilad. With the theme Water Efficiency – Driving Sustainable Development, the conference gathered 377 urban water and wastewater professionals from 27 countries.

More than 100 executives around the world judged the entries in March and April to determine this year’s winners. The Awards will be presented to the winners at a gala banquet at the InterContinental Hotel in Singapore on Friday, 31 May.

Details about the Asia-Pacific Stevie Awards and the list of Stevie Award winners are available at http://asia.stevieawards.com.